Donna C. writes: “Look who I ran into on 3/2/2017 at Short Beach in Stratford CT!   62H has also been seen pretty much daily since he came back from his short visit home.  But I know 62H was at the Boat Ramp the past several months because my daughter would check.  Funny thing about 62H, twice he jumped on my hood!  I don’t feed the Gulls but I always talk to him so maybe he thought I was giving out food.  Its been so great to be able to see the plumage changes.” 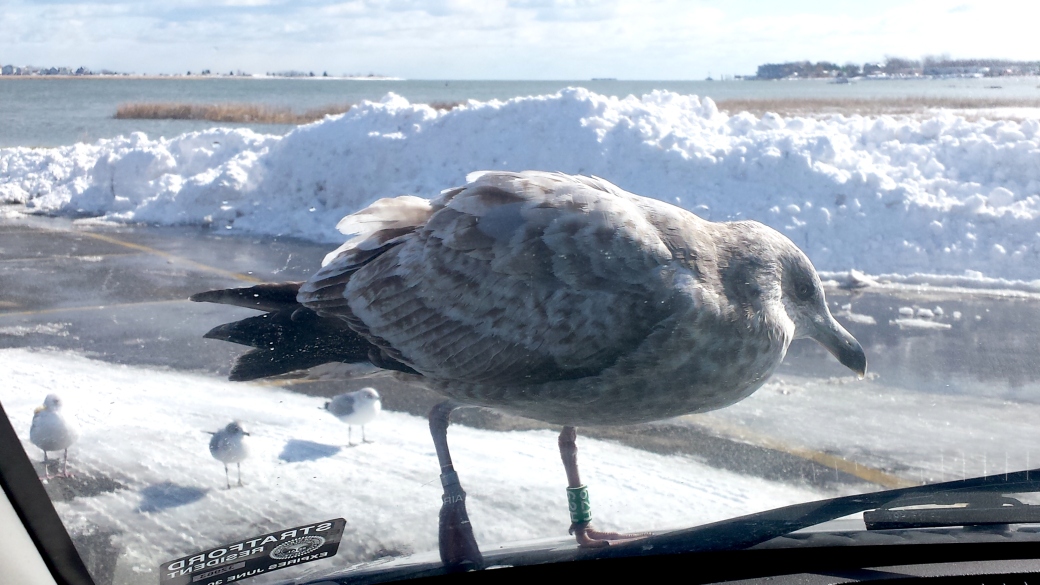 62H was banded while a chick at a nest on Appledore Island July 17, 2015 and DNA results indicate 62H is a male.  Donna first reported 62H Sept 21, 2015, at about three months of age at Birdseye Boat Ramp in Stratford.  She has a series of photographs showing 62H since that time showing 62H and the plumage changes.