Hello again everyone! This week we would like to highlight a resight from bird watcher and artist Keith Mueller. On the morning of February 22, Keith photographed Herring Gull K10 on Circle Beach on the Madison/Guilford line in CT. K10 was spotted with a flock of about 400 other gulls including 3 Iceland Gulls. Two days later, Keith spotted the same gull on Circle Beach around noon.

K10 was banded as a chick on Appledore Island on July 12, 2011. He or she was the “C Chick” (the last chick out of a total of 3 to hatch), and was seen twice more on Appledore Island in August of 2011, but hadn’t been seen since then. We are grateful to Keith for letting us know K10 is alive and well! Check out some of his beautiful photographs below. 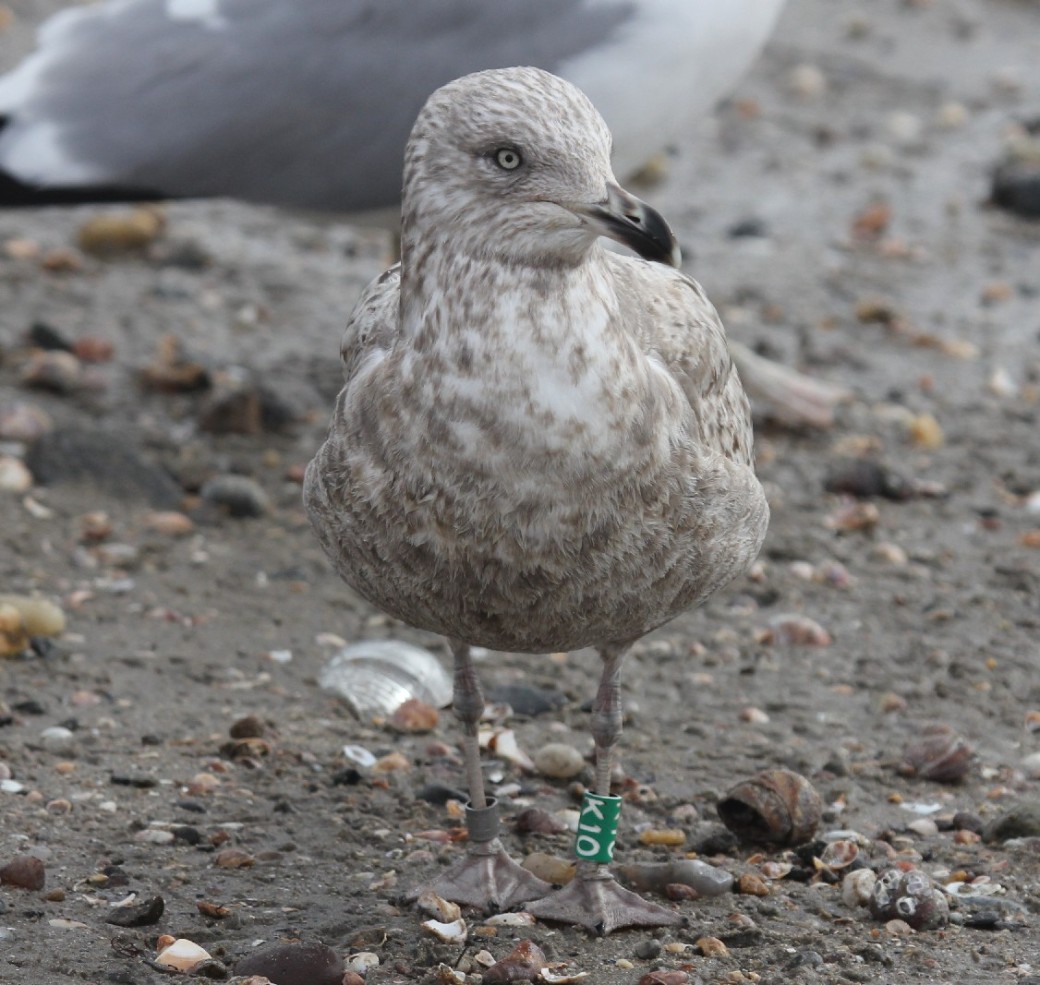 In other news, we are working on a collection of photographs of banded gulls of various ages for the blog.  The idea is to create a resource for birders who want to know what Herring and Great Black-backed gulls look like at various ages and stages.  Because we know the age of birds that were banded as chicks, we have accumulated a small set of photos of resighted gulls of known age.  We will be placing these photos at a new tab on the blog.

WE NEED YOUR HELP! We are still looking for photos of Great Black-Backed Gulls between the ages of 2 and 5, and Herring Gulls between 3 and 5. If you see one of the banded Appledore gulls, especially one that looks like a juvenile, please take a few photos of the bird from various perspectives (flying, standing) so that we might add these to our collection.  You can contact us about your photos and resights by commenting at the blog. We really appreciate your help and we think this would be a great resource for all!