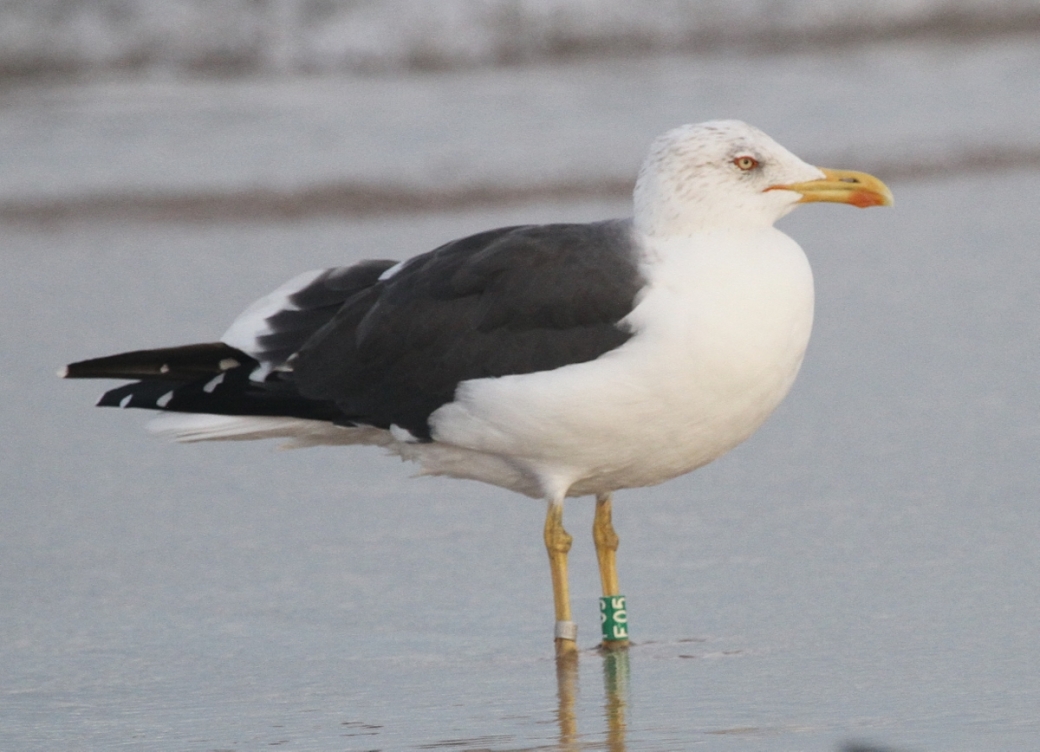 Michael said, “Last night, 12/27/2011, I found the Lesser Black-backed Gull, F05, back again for the 4th winter. It is amazing that this same bird has returned to this small stretch of beach every year since January 2009.”

As you may recall, F05 was first observed breeding on Appledore Island in 2007; he has returned to nest on Appledore every year since.  We banded his Herring Gull mate in 2008, but he returned with a different female in 2009.   In 2011, the gull banding team (including Bill Clark, Lois Clark, Justin Stilwell, David Bonter, Tracy Holmes, Luke DeFisher, and Sarah MacLean) banded his new mate, K75.  They also placed bands on the chick of K75 and F05:  F07. 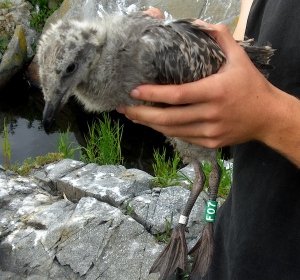 We’ve banded chicks of the LBBG almost every year since 2007, and are very interested to see whether one of them returns to nest on Appledore in the future.  Thanks to Michael for another great observation!!

One thought on “Appledore Lesser Black-backed Gull seen in Florida!”