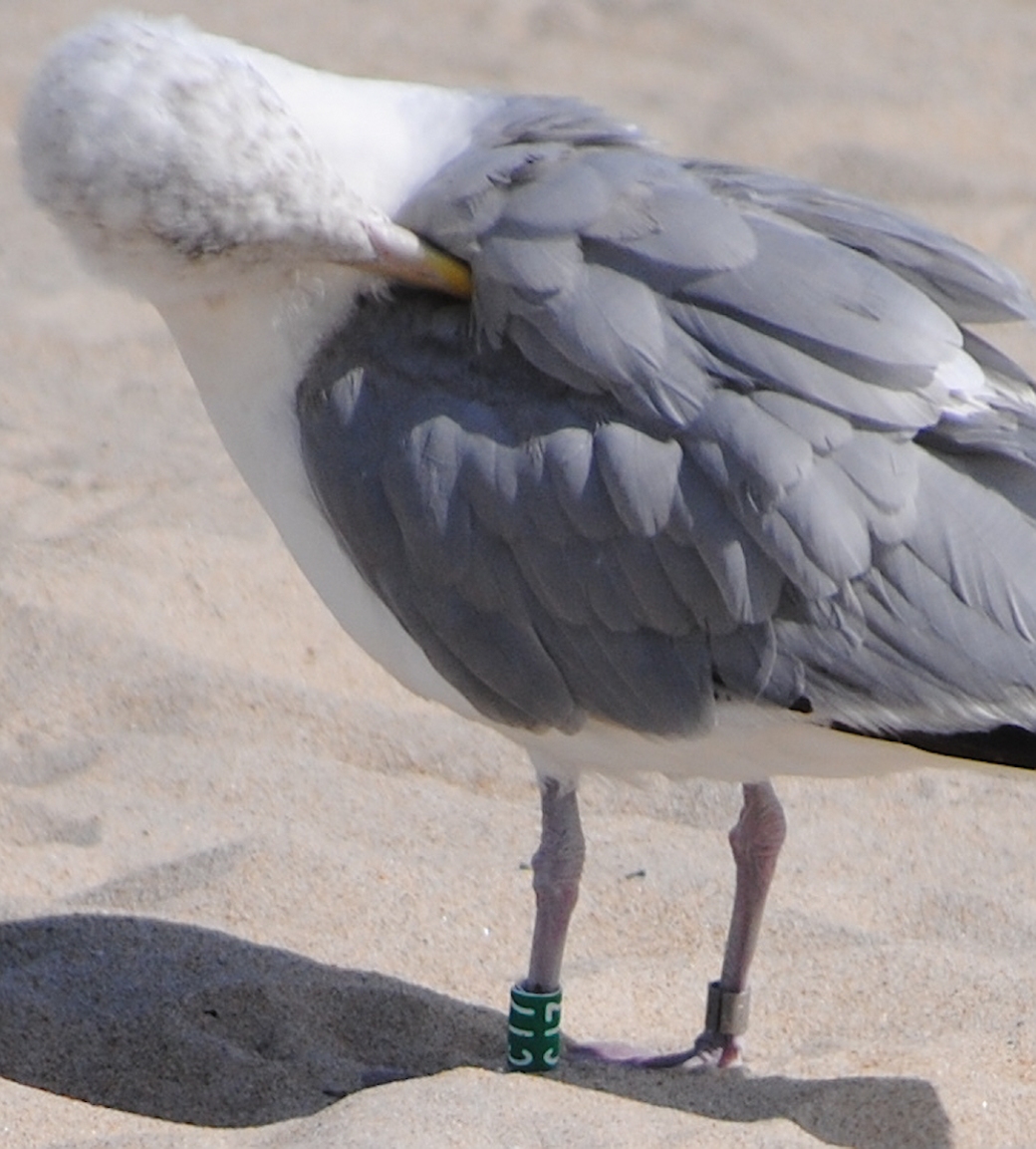 C17, sporting early winter plumage, likes coastal New Hampshire and has been seen repeatedly at Hampton Beach and Jenness Beach over the past five years - Photo by Jon Worthen

Justin Stilwell here again.  If the gulls ever wanted to start a local movement, they should consider calling C17. This week’s resight comes from Jon Worthen who spotted C17 at Hampton Beach, NH twice this year (Aug. 7th and Sept. 18th). C17 was banded back in July of 2005 as a chick and has been spotted repeatedly on the island and along the New Hampshire coast ever since. Kathy Abbot spotted C17 at Jenness Beach in Rye, NH in July 2006, Sept 2007, twice in Aug 2008, and twice in Aug 2009.

C17 stays local in the Fall

C17 fights with another gull over a crab at Hampton Beach, NH - Photo by Jon Worthen

C17’s first resight back on Appledore came on June 7th, 2007 on Dorm 2, when he was likely prospecting potential nest sites. He was subsequently spotted there again several times in 2009, 2010, and 2011. He must have liked the dorm because he has nested beneath it in each of the last two years. Due to the topography of the island, some of the buildings are raised off the ground and several gulls have taken advantage, establishing nests under or around the buildings to get out of the weather. Barn Swallows also like to use the support beams under the buildings for nest sites.

Jon has spotted many gulls this fall at Hampton Beach and we greatly appreciate his resights! Check back next week for more resights and more gulls!