Great Black-backed Gull, 0F4, was recently observed begging for handouts on a fishing boat off the coast of New York.  0F4 was banded in July 2009, made its way down to NY and is apparently trying to ingratiate itself with local fishermen. 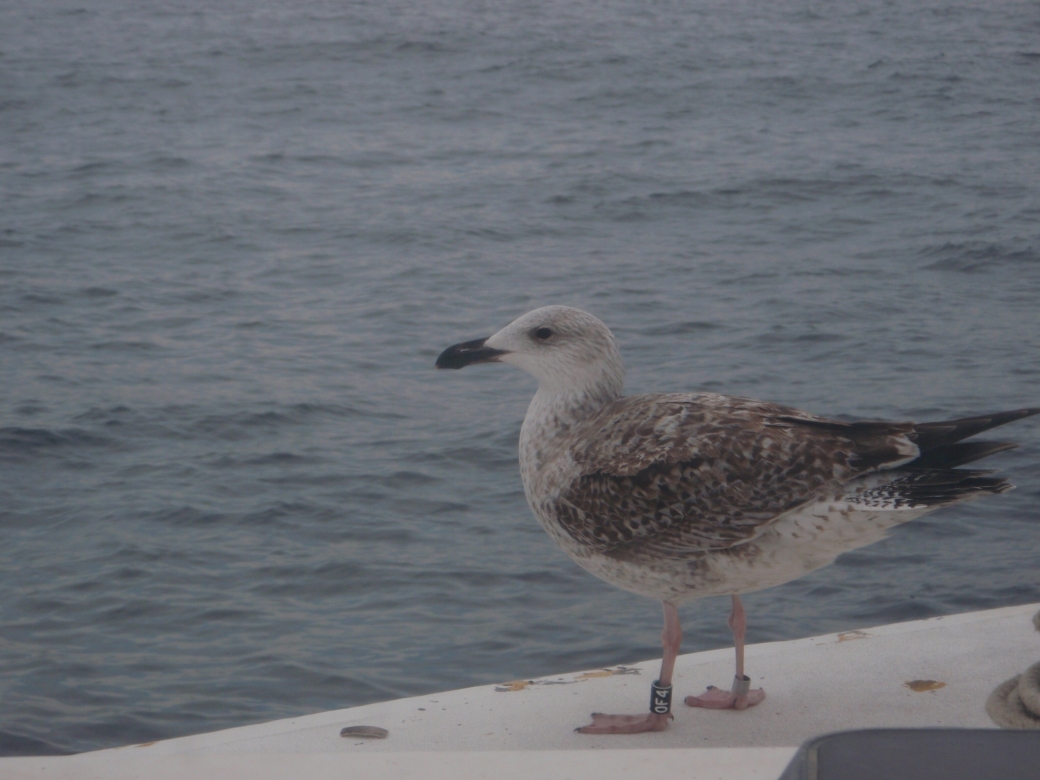 As many of you know, gulls often make a living scavenging discards from fishing boats.  However, before you jump to conclusions about gulls as the “rats of the sea,” you should know that they aren’t the only seabirds that follow fishing boats….A recent study (http://www.sciencedaily.com/releases/2010/01/100128130219.htm?utm_source=feedburner&utm_medium=email&utm_campaign=Feed) used satellite data for Cory’s and Balearic shearwaters to  analyze their movement patterns during foraging trips.  In general, foraging trips lasted less than two days and covered distances anywhere from 10 to 1,000 kilometers.  On days when local fisheries were not operating, the birds combined local searching with searching over very large distances.  This “multi-scale” search pattern is efficient when the birds are looking for their natural prey, small fish and squid, which are highly mobile and unpredictably distributed in space and time.  In contrast, on days when fishermen were discarding fish, the birds performed more limited, local searches focused around the boats.  Thus, fishery activities dramatically altered foraging patterns of these pelagic seabird species.  So, the next time you hear someone “trash talking” (so to speak) gulls for their scavenging ways, you can direct them to our friends the shearwaters!

One thought on “Juvenile GBBG seen trolling for handouts”