Suzanne Sullivan was out on Salisbury State Reservation on Sunday, the 18th of October and spotted this Herring Gull on the windswept beach. C71 is an adult originally banded on the nest at the Isles of Shoals in Maine in 2006. 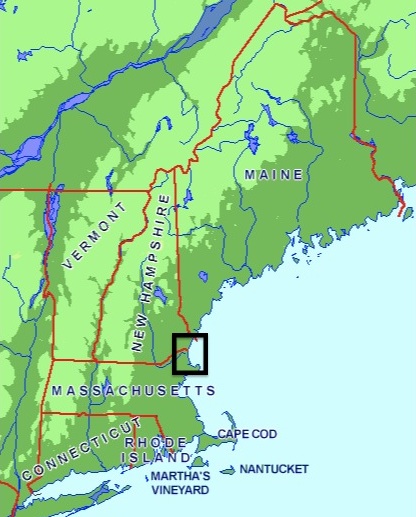 Area outlined in black is shown in detail below

The bird seems to overwinter in Salisbury year after year, and was previously reported hanging out in the parking lot there in February and March of 2008.

The bird returns to Appledore Island to breed each summer, and seems to prefer a nest site right in the middle of the Shoals Marine Laboratory’s campus!

It is not unusual for gulls to show fidelity both to a nest site and an overwintering habitat, and this gull appears to be just such a creature of habit.

Thanks for the report, Suzanne!